Tomorrow, April 11th, is World Parkinson's Day, a day to bring awareness, promote research and unite those who have been affected by Parkinson's disease.

Parkinson's is a progressive neurological condition resulting from a shortage of Dopamine, a chemical that helps instructions from the brain to cross from one nerve cell to the next, in a part of the brain called the substantia nigra, which has to do with controlling movement.

Parkinson's affects about one person on every 500 and there is currently no cure.

Some resources which may be of interest are listed below: 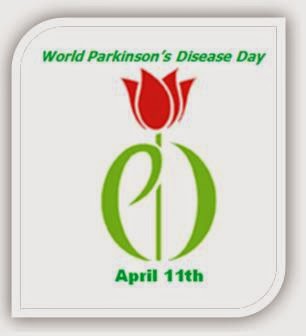